LPBW fans certainly have a lot to say when it comes to how Tori Roloff and her husband Zach Roloff live their lives. The couple’s lackadaisical approach to everything in their lives has their fans and followers scratching their heads. The couple chooses to have their lives filmed for a reality show. So they should expect fans to have opinions, both positive and negative, about their choices. This article is soley fans observations and comments not Entertainment voices opinion.

Lately, Little People Big World fans have taken issue with the seemingly severe laziness of Zach Roloff. It’s obvious who is in control in this Roloff household. However, both Tori and Zach are facing significant backlash from their fans. 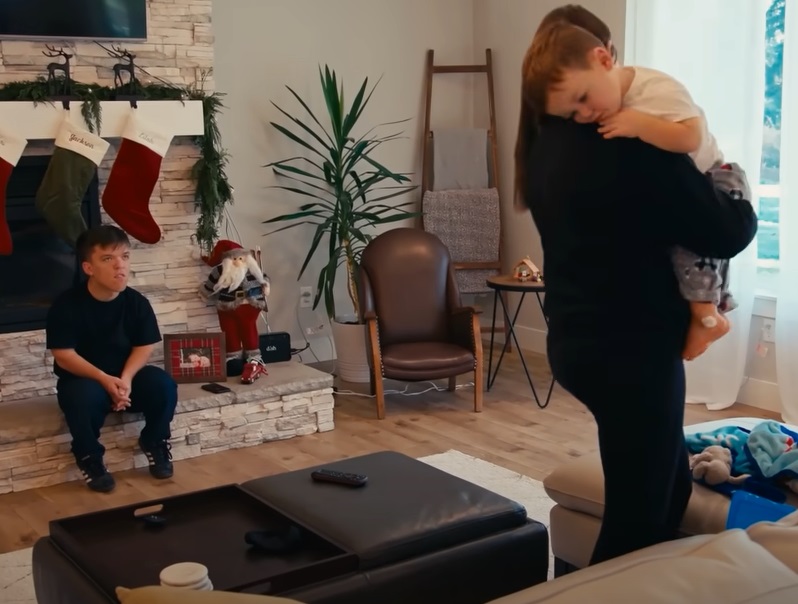 Little People Big World: Tori Roloff Rules The Roost – What Does Zach Do?

Little People Big World fans are painfully aware of who wears the pants in Tori and Zach’s house. LPBW fans have made their opinions known on Reddit. Many fans feel Tori does all the work in the house while Zach does nothing. Fans acknowledge it could be editing. After all, we only see an hour a week on the TLC show. So they may be editing the narrative to make Zach appear lazy. One fan sums it up best  with this comment:

“He’s Like the older sibling who’s willing to occupy the baby. Like legit every other clip I see he’s chillin on the floor or a chair talking, tryna sound smart, but doing nothing.”

These are fans opinions not thoughts of the author.

Another LPBW fan (or perhaps critic) adds this:

While another echoes the above with this:

“Zach has never worked a real job in his life. He is a lazy, entitled Brat

Of course, there are a few Little People Big World fans that don’t see Zach as lazy. They blame editing for how the others perceive Zach’s role in his family.

“I think we see an hour out of their lives a week that’s heavily edited towards drama and mostly scripted so we have no idea really what their parenting skills are or are not. I watched Zach climb trees and hang lights all over their property. That doesn’t look like lazy to me.”

Regardless each week on Little People Big World we see Tori doing a lot more around the house with their kids than Zach. Fans are painfully aware and this comment surely expresses that sentiment:

“But literally this is the vibe in every single episode! Tori doing things and Zach sprawled on the floor

Sadly Zach is a product of his environment. In his household, his mom, Amy Roloff, was responsible for the kids and house. Matt Roloff was rarely involved in actively disciplining the kids. Rather he was the fun dad that took the kids on adventures, while Amy was left to raise their kids as best she could.

EV Disclaimer: These are fans observations and or opinions.

Plus, same-day streaming is also available on Discovery+.